Before the foundation of the world, God knew that Evelyn H. McMurry would walk in such a calling as this. God planted the fourth out of five seeds, which culminated on October 7, 1949 from the Late William and Rebecca Harris in Rockingham (Richmond County), North Carolina.

From Godly nurturing and parental guidance, Evelyn graduated from Leak Street High School in 1967. She later graduated from Richmond Technical Institute in 1969 with a degree as an Executive Secretary. On August 13, 1994, she graduated from the C.O.G.I.C. Academy with honors and received her evangelistic license in September 1994.

The grace of God was always with this young lady because she was born and raised in church. She would say that she was saved MANY times (smile) but gave herself in total commitment to the Lord in 1967 at Temple Church of God in Christ in Rockingham, North Carolina under the leadership of Superintendent James H. Turner. She served under the auspices of Elder Curtis Cole and Superintendent James H. Turner as she continues to grow in knowledge, wisdom, and grace.

Evelyn has served on many committees. She was secretary of Sunday school and choir president. Her service did not end there for she served as the Sunday School Secretary of the Laurinburg District. Her marriage in April 1970 allowed her to relocate to Greensboro, North Carolina where she joined Wells Memorial COGIC under the leadership of Bishop Wyoming Wells. She was a member of the choir and the Help Meet Society. Her work in the ministry continued to flourish while married to her former husband of fifteen years.

In 1990, Evelyn joined Rescue Temple COGIC #1 under the leadership of Superintendent Charles W. McMurry. This lady is truly blessed of the Lord in her service. On the local level, she has served as Administrative Assistant to the Pastor, has served on the Missionary Board, serves as President of the Women’s Department, serves as a Sunday School teacher, writes poetry given to her by God, and organized and conducted a successful Sunday School campaign at the church. On the district level, she serves as Administrative Assistant to the Superintendent and assists the District Missionary. On the state level, she works with the Workshop Planning Committee for the State Women’s Conference, serves on the Aspirant Missionary Board, and is President of the Overcomer’s Auxiliary.

She is the mother of one son, James Michael Gales, age 31. She is an August 2000 retiree from the North Carolina A & T State University, Greensboro, North Carolina as Assistant Director of Purchasing after 30 years of service. She continues to give of herself as a bone marrow donor with the Red Cross.

She states that the most important person in her life is Jesus Christ. He is first and she is God’s woman giving back.

On September 8, 2001, she was married to Superintendent Charles W. McMurry. He says she is his sunshine. She puts the strut in his step and the stride in his glide. She is the joy of his life. When God said he who finds a wife, finds a good thing, he allowed this union to glorify this scripture. She is his bone of his bone and flesh of his flesh—for they are ONE!

Evangelist Evelyn McMurry’s ministry is about helping people to know who they are and whose they are. She has conducted numerous workshops, spoken at many seminars, prayer breakfasts, and women fellowships.

Could you not surmise from her bio and her countenance that she is a people person. 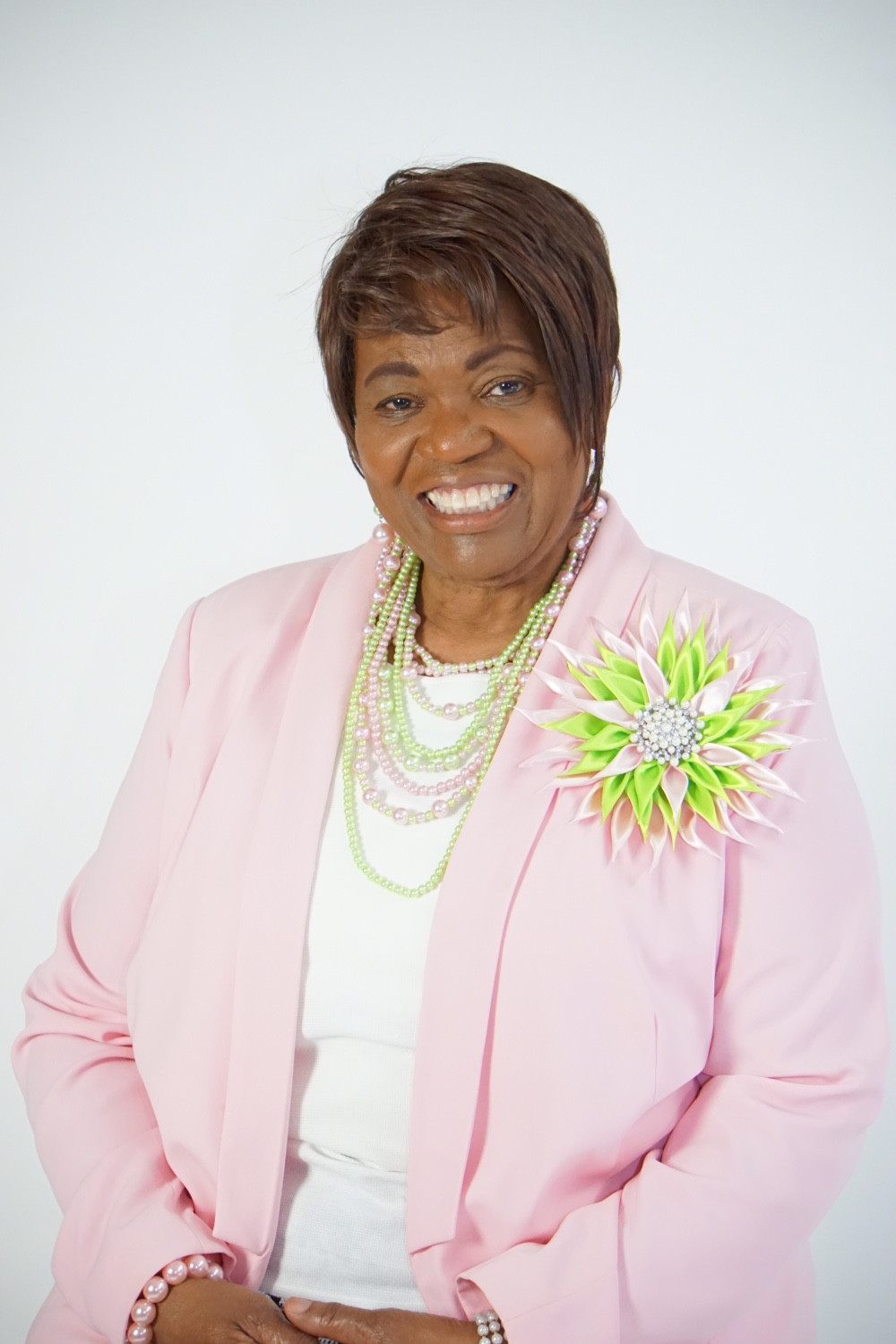